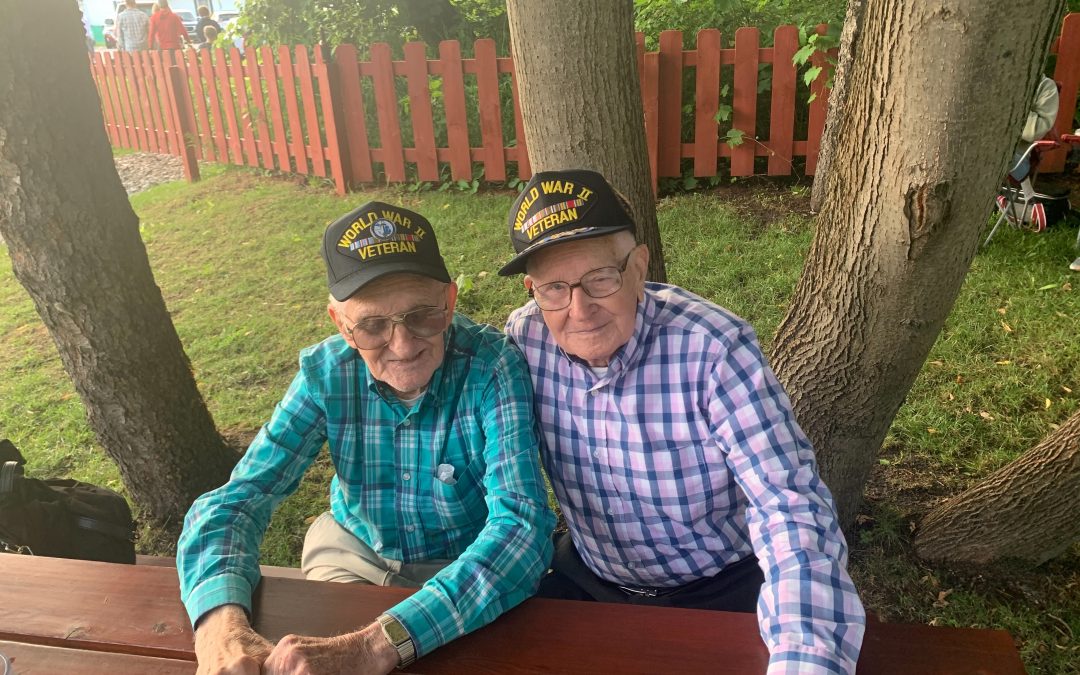 Coming off stints in the military that led to an exhilarating victory in World War II, Junior and Leo Palmer were looking for ways to reacclimate back into their hometown of Grayling.

In 1947, Just days after returning home from serving their country for several years each, the brothers saw an opportunity they would talk about for a lifetime.  They saw a simple flier about competing in the then called Michigan Canoe Championship. The event would later become the AuSable River Canoe Marathon.

“We figured why not?  It would be a nice way to do something together since we hadn’t seen each other in years,” said Junior, 97, just moments before the start of the 73rd edition of the AuSable River Canoe Marathon, sponsored by Consumers Energy. “We thought it shouldn’t be too tough. How bad could it be, we were just in a war.”

They were about to find out what hundreds of future canoers would learn: it was far from easy, with some great athletes saying it’s the toughest thing they had ever done.

Junior and Leo, 94, had to find a canoe next and after some searching, they found an adequate, but bulky one at their grandfather’s home.

“It was nothing like the ones they have today,” Junior said with a laugh. “It was made of wood and must have weighed well over 100 pounds. I remember to this day that one of the paddles was chipped.”

Leo, who has two kids, two grandchildren and a great grandchild, said they didn’t have food, water or flashlights — let alone a team of feeders — to help them navigate the 120-mile trek from Grayling to Oscoda.

“We did the best we could with what we had, and other than each other – it wasn’t much,” said the younger Palmer with a laugh.

The duo knew the river relatively well, swimming and fishing in it as youths.

“It’s such a beautiful place,” said Leo, who said he tries to attend the event every year and missed having it last year since it was cancelled due to the pandemic. “It’s a place we always enjoy coming to, it’s been great to Grayling and our family after all of these years. And will continue to be.”

But trying to cut through the choppy waters, under damp, foggy conditions proved to be a monumental challenge for the brothers.

They knew they were in trouble from race’s start, when Leo’s arm locked up due to the freezing conditions.

“Coming back from the war, we had no time to practice,” said Junior, who has six children, 21 grandchildren and more than 60 great grandchildren. “After 20 something hours in the boat, we decided we wanted no more of it.”

The two decided to stop paddling and docked around Five Channels Dam. The two slept, trying to keep warm, until their father was able to pick them up.

“We decided once was enough,” said Junior, who also tries to return to Grayling’s starting line every year.  “Our first time was our last time, but it sure was an experience that we will never forget.”