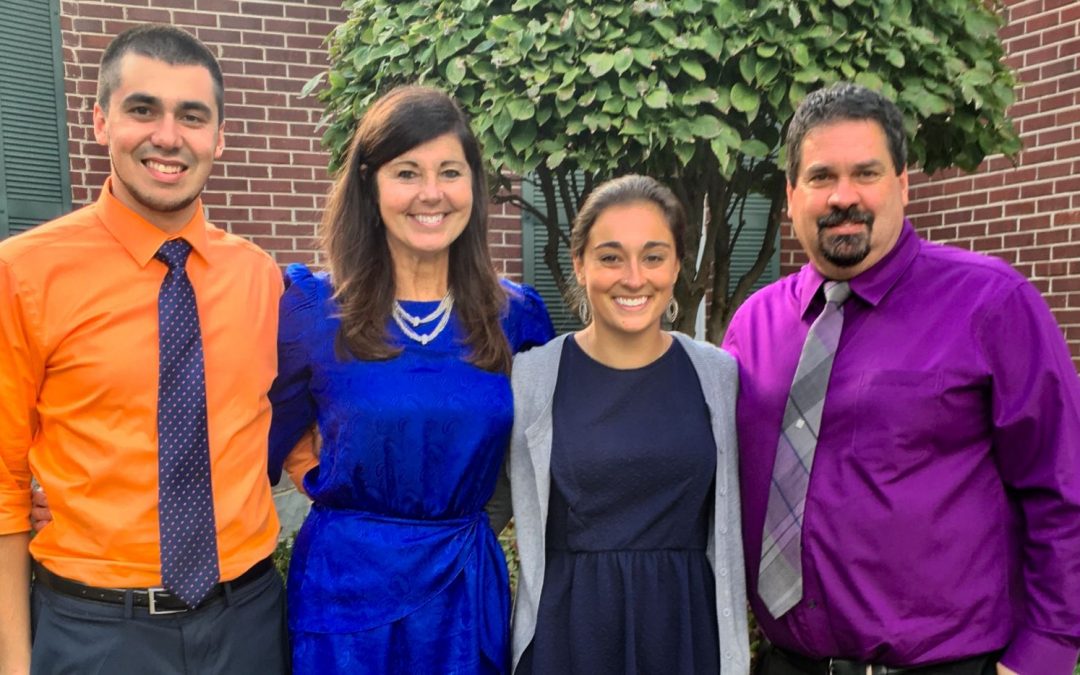 Pictured: Kurt Esselink (right) with his wife, Deb, and kids, Jake and Ashley.

Kurt Esselink knows just how hazardous carbon monoxide (CO) can be. Not only because he works at Consumers Energy, but also because he survived a CO poisoning incident which nearly took his life and family.

At the time, Kurt’s wife was pregnant with their second child. His daughter Ashley – who also works for Consumers Energy – was only 2 years old.

“My wife was getting ready for work, but decided to stay home because she thought she caught the flu from our daughter. When I began to get ready, I could barely stand. I was so weak.”

Their family cat was also acting strangely. It had been walking “wobbly” and subsequently passed out.

After his wife suggested they might have CO poisoning, he called a neighbor to check it out.

His neighbor also suspected the family had CO poisoning with Kurt sounding “drunk” on the phone. His neighbor called 9-1-1 and advised the Esselink family to stay safe until he arrived to help them vacate their home.

By the time their neighbor arrived to help them evacuate, emergency officials were on scene.

Turns out, the Esselink family had luck on their side. The CO levels in their home was 100 times the safe level and they were less than a couple hours away from dying.

“The night before, we lit a fire. Our chimney had three stacks. I think the stack for the fireplace was drawing oxygen out and the other two stacks were pulling in air which prevented the furnace and hot water tank from venting properly,” said Kurt, “It feels like the flu. All of the same symptoms, except the vomiting. No smell. No other warning.”

The following Christmas, all of his family, friends and neighbors got CO detectors.